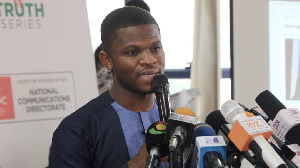 The opposition NDC has accused the Akufo-Addo government of trying to find to make political gains with the distribution of the ambulances.

In accordance to the NDC, the ruling party intends releasing the automobiles when elections are around so they can use as a campaign software.

The distribution of the ambulance has turn into controversial subsequent the transforming positions on the purpose for the delay in sharing them.

In a statement, the NDC stated “The NDC is not shocked by these in no way-ending excuses, which only typify the deception, insensitivity and management paralysis that Ghanaians are currently being subjected to by inept President Akufo-Addo and his wasteful authorities. In fact, the government’s heartless dealing with of this ambulance fiasco so far underscores the truth that President Akufo-Addo has very small regard for the life of Ghanaians, particularly thinking about the snobbish remarks by the Minister of Particular Progress Initiatives, Hawa Koomson that Ghanaians were presently dying prior to the ambulances ended up procured.”

“Even a lot more bizarre are the new causes offered a short while ago by the National Ambulance Service, which curiously was routed as a result of the Ministry of Health and not the Ministry of Specific Initiatives. The declare that two months is required to label 307 ambulances, some of which have been in the country since September last yr is preposterous, to say the least”.

The Countrywide Democratic Congress (NDC) notes with great worry the refusal of the Akufo-Addo federal government to release ambulances procured with taxpayers’ funds for their meant purpose.

These ambulances, some of which were being imported into the region some 4 (4) months in the past, have been lying idle at the forecourt of the Condition Dwelling inspite of a groundswell of general public outcry that they be introduced.

In spite of genuine calls for these ambulances to be dispersed to enhance the country’s challenged Countrywide Ambulance Assistance and emergency health and fitness technique, the cars are continue to parked at the Condition Home amidst a litany of lies that crumble beneath scrutiny virtually every working day.

It would be recalled that adhering to community condemnation of the ongoing detention of the ambulances previous 12 months, the Minister of Special Growth Initiatives, Hawa Koomson told the general public that the Akufo-Addo govt was in the approach of teaching motorists, paramedics and other staff to run the ambulances, for this reason the undue hold off in distributing the ambulances.

The Vice-President, Dr Mahamudu Bawumia, is also on report to have claimed that the ambulances demanded digitisation.

But these flimsy excuses, alongside other cock and bull tales from the stables of federal government, had been afterwards to be amended by President Akufo-Addo. In an answer to a issue about the ambulances at his final media face, President Akufo-Addo confessed that he refused a request from the Minister of Specific Advancement Initiatives to release the initial batch of ambulances with the excuse of wanting to ensure an even distribution of same so as to steer clear of accusations of favouritism against his federal government.

The NDC is not surprised by these hardly ever-ending excuses, which only typify the deception, insensitivity and management paralysis that Ghanaians are staying subjected to by inept President Akufo-Addo and his wasteful authorities. In truth, the government’s heartless managing of this ambulance fiasco so significantly, underscores the reality that President Akufo-Addo has incredibly very little regard for the lives of Ghanaians, especially thinking of the snobbish remarks by the Minister of Particular Growth Initiatives, Hawa Koomson that Ghanaians have been already dying just before the ambulances were procured.

Even more strange are the new motives offered just lately by the Nationwide Ambulance Assistance, which curiously was routed as a result of the Ministry of Overall health and not the Ministry of Exclusive Initiatives. The assert that two months is expected to label 307 ambulances, some of which have been in the country because September last year is preposterous, to say the minimum.

Like many discerning minds, it is now obvious to us that that the numerous conflicting excuses of the governing administration on this make any difference are contrived and deliberately calculated to conceal the actual intention of the authorities in this matter which is to delay the distribution of the ambulances until eventually a several months to the 2020 basic elections for affordable electoral gain.

As we mark Structure Working day now, in honour of the adoption of the 1992 Constitution of the Fourth Republic of Ghana, we wish to remind President Akufo-Addo of his constitutional obligation under Report 36(1) to take all important action to safe the highest welfare of each individual man or woman in Ghana.

The NDC joins the media and very well-that means Ghanaians to demand from customers the quick launch of the ambulances to aid deal with the well being demands of Ghanaians, with whose taxes these ambulances have been procured.

President Akufo-Addo and his federal government have to cease toying with important lives and release the ambulances without the need of further hold off.

Ghanaians are worthy of greater than this mediocrity and insensitivity.